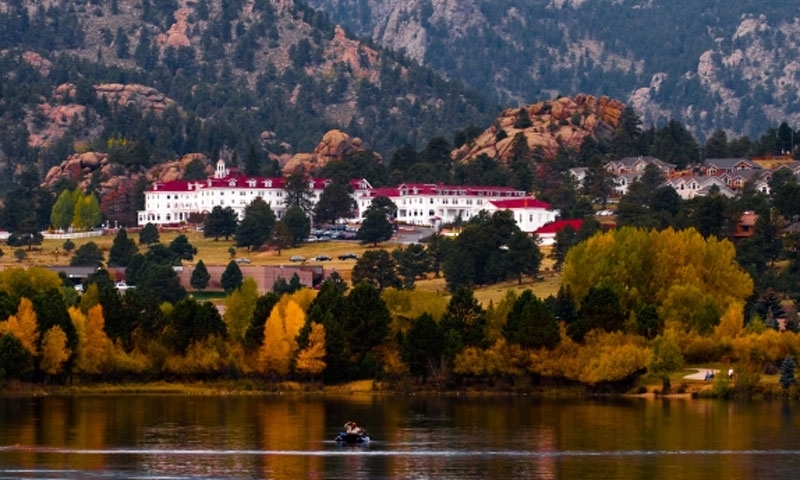 Check out a few nearby historic sites and museums like the Grand County Historical Museum, Kauffman House Museum, Never Summer Ranch, and the Moraine Park Museum.

Rocky Mountain National Park was the hunting ground thousands of years ago for the ancestors of today's Native Americans. Joel Estes first came to the area on a hunting trip in October of 1859 and decided to establish a cattle ranch in the area. Thus, the settlement of Estes Park, Colorado began.

The founder of Estes Park, Colorado, Joel Estes first visited the valley on a hunting trip in October of 1859. He felt that the valley was a good location for a cattle ranch so he and his wife moved their family into two log cabins in the area.

Other individuals soon joined them to hunt, trap, mine for gold and just to view the fabulous scenery. The area was named for the Estes' in 1864. People traveled to the area from as far away as England and wrote of their great experiences. The land was finally surveyed in 1874 and then increasing numbers of settlers flocked to the area. The landscape became dotted with rustic lodges and ranching and tourism became the livelihood of most of the reported 200 citizens of 1900.

The downtown area was set aside and surveyed in 1905. Road improvements were funded and the town began to grow. Just two years after the establishment of the Rocky Mountain National Park, the town of Estes Park was incorporated.

Estes Park became, and has remained one of the most beautiful, scenic destinations in the world.